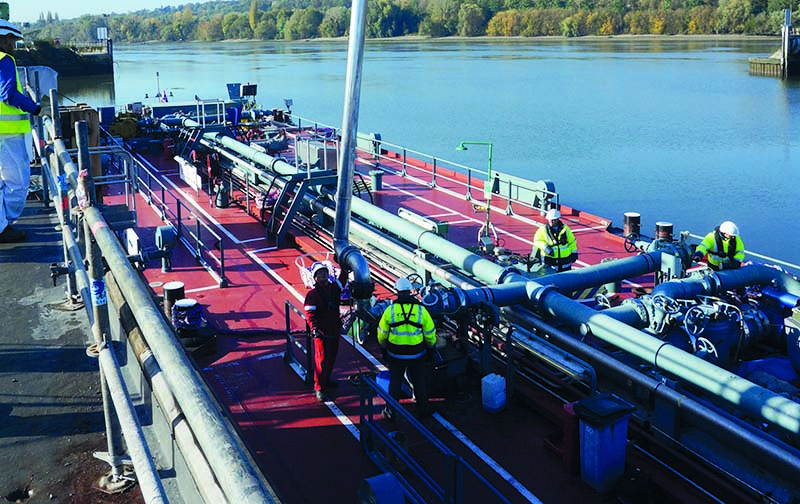 2,300 m3 of biofuel were safely unloaded from the boat between 07:00 and 17:00 in the presence of representatives of DREAL, French Customs, DRPC staff and a delegation from Bolloré Energy.

This operation marks the commissioning of DRPC’s facilities. The 2,300 m3 of products were shipped in the 936 oil storage tank, which is located 2 kilometers from the wharf, at the top of the oil terminal.

This operation was a success. Before being placed on the market, the biofuel should first be blended with diesel, which will be supplied soon.

DRPC has two wharves. The first can accommodate barges between 2,000 and 5,000 tons. The maritime wharf allows the loading and unloading of tankers with a 70,000 tons capacity.